A Virtual Aquarius Reef Base?

I’ve started a second OpenSim project, but I’m still thinking about how I can expand the Undersea Observatory sim. Spending time building this sim has really caused me to consider how worthwhile an endeavor this could be. The vast majority of the ocean depths are completely unexplored, yet it’s all just lurking below us on the same planet. It’s one thing to look at the stars millions of light years away and realize we may never reach them, but it’s taunting to think that the ocean is just right within human grasp, but still mostly uncharted. Allowing students the chance to become deep sea divers, albeit virtual ones, gives them an opportunity few people will ever have.
One thing I’d like to focus on for the sim is the geological aspect, and create tectonic shift simulations and underwater volcano eruptions. It’s really quite beautiful and amazing to watch footage of this sort of thing. Check out the video shown below as an example.
I’d also like to focus more on the realism of such a setting, and create more true-to-life scenarios for the users. I’d like to include scientific tests and experimentation for the students, and add an actual lab to the observatory. In fact, the NOAA has a base in the Florida Keys called the Aquarius Reef Base which I think would be awesome to recreate as a separate scale model. To better accommodate large groups of students, I’ve been considering expanding the sim to four regions, with each region containing a satellite facility with its own unique layout and missions. Then the students could rotate between regions as necessary. Aquarius, or a structure similar to it, would be a perfect satellite laboratory. The Aquarius web site has a good amount of photos, lesson plans, and live webcam feeds during missions containing a lot of good educational material. A lot of these ideas could easily be adapted and incorporated into the overall sim for student information. 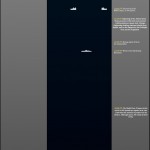 This entry was posted by Justin Reeve on April 23, 2012 at 9:08 am, and is filed under Miscellaneous. Follow any responses to this post through RSS 2.0. You can leave a response or trackback from your own site.