Making a Better World Through Games 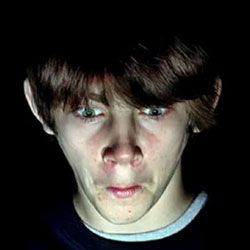 Gamer on the verge of an epic win

In February 2010, Jane McGonigal gave a TED Talk on how gaming is not only a prominent feature of modern society, but an absolutely essential one. She cites statistics that demonstrate people become engaged in games more than any other activity, and follows up with an argument that has been echoed by educators interested in gaming for awhile: Since deep, immersed engagement is present in game playing, why not use games for learning?
McGonigal identifies four common aspects of gamers that can be called the “habits of heroes,” or traits successful real-life problem-solvers possess:

The elusive question is how do we make the real world like the game? Or more to the point of game design, how can we create games that instill in students an engagement and motivation in a cause that can be transferred to the real world?
First, students must be able to relate to the content. A part of what makes a good game interesting is that the matter is interesting to the player. If a gamer can believe in the cause, albeit a virtual cause, they are more likely to stay engaged and willing to see the game through to the end.
Although the content is relevant to the real world, it must not portray real-world quests in an unsolvable manner. For example, The River City Project is a 19th-century multi-user virtual environment (MUVE) in which students research and attempt to solve the problems of a society. Rather than tackle global-scale problems such as world hunger, the issues are localized and solvable.
Collaboration is key, and students should be encouraged to weave their part of the social fabric. In the aforementioned MUVE, students work together in teams. If games use a problem-based learning approach, problems that can be more easily solved in groups should be designed.
Watch the video below, and see what you think about her ideas.